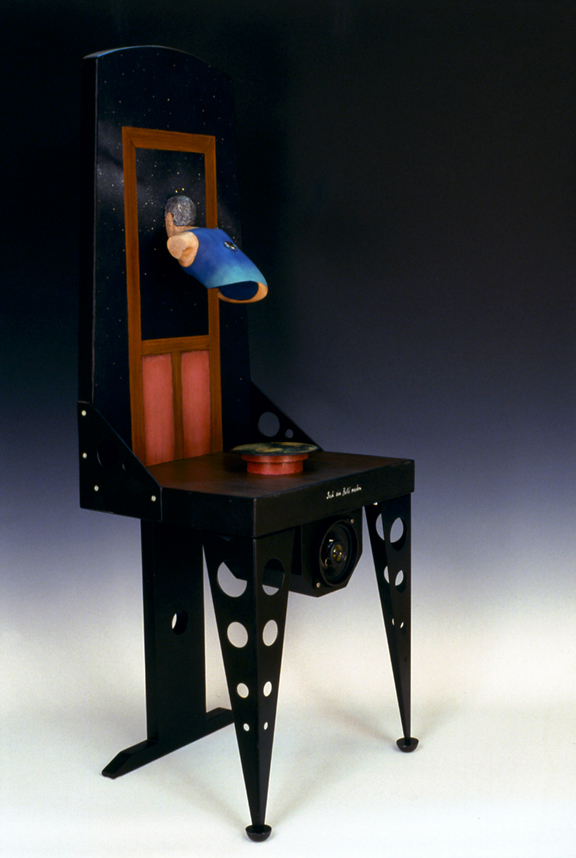 These are most likely the ones who look the furthest: at the Schiaparellian Canals that he was the first to see and that then disappeared yet nowadays have partially reappeared.. They gaze beyond the black hole, for to look within is not yet possible. However they look beyond the conceivable.

With highest regard we thank the astronomers

Forming an Image and making a wish

Looking into the night sky by good star-sight, we may think of fishes to be caught. The night sky an ocean of lightfish.

Many fish in all the waters where fish commonly exist.
Many questions while looking into the heavens and into the universe, the universe that exists around and above the planet Earth and the common life of humanity. With telescope eyes fishing for stars.

Fishbait is many things, for humans it happens to be knowledge of the stars. For fishes in the water it’s the worms and they too are hungry and want to be fed, perhaps with fishmeal. And humans feed on the bait of the telescope and of the estimations in its hungry eye.

Always forming an image and making a wish, that too is humanity.

Hunger for archers who target loose scales and go astray, maybe hit a steer who was just thirstily approaching a water bearer? Or is it the hunger of a snappy crab slipping away backwards again because a pair of twins comes riding up thundrously astride a mountain goat who is leading a lion roaring with hunger on a leash. Or is it the hunger for a love scene between the virgin and the ram, stung to ecstasy by a scorpion. Maybe it’s the hunger of fishes, nibbling at worms, unaware of galactic worm holes.

It’s common for humans to take one look at the stars and wish to fly
Humans by now know no end of things about the universe. And all the fictions since. Color pictures from the past — black holes — white and still hungry questions.

And then in answer to heaven’s call come humans as astrological hourgazers with their star pictures. Horoscopes are no appetite suppressant for cosmology.

To each culture its own symbols

We climb into something like a spaceship. Observing the world in the dark, our kind naturally knows that someone’s eye is kept on the look-out for them.
This eye animates sometimes by gravity, sometimes by weightlessness,

Another windfall. The Nebra sky disk
Like a dish for the gods, who only digest the best

From the grave of time is found again a bronze disk of lovely visage.
The worms of time having gnawed at you in vain have other dreams now –
of being lightfish and of the waters of virginity.

Many archeoastonomists are fascinated by the robustness of your particulars.
How many greetings lie etched within you, from the ones who buried you meant for the lucky, the finders the day after tomorrow.