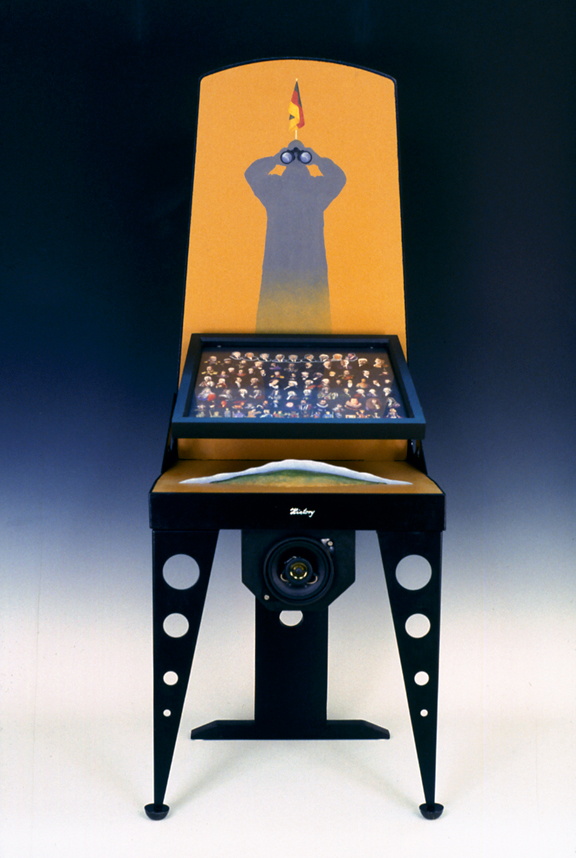 History
Herman The Cheruscan, Charlemagne, Widukind of Saxony, Lothar I, Hrabanus Maurus, Preceptor Germaniae wrote: Many people have lived, and some have also been rulers.

Many rules have lived and some have also been people.

We praise the honest historians.

Learning the lessons of faces in school
Each portrait a story

In the narrows of time a broad look back into history

Human adornment the ugly face of its history

Fortune and misfortune lead to victory and defeat

standing by to thrive or to enjoy the spoils of destruction

Whoever makes history, whoever writes it or commands it

and whoever denies it already has some experience with blood

Lovely in its knowledge and lovely on its face

it never learns from itself

Now it makes history somewhere else

again –with merit and malefaction

and right by history

Oldschool
In the new schools

we find ourselves in the land of Germania in the German era.

full of lust she leaps between our legs

as always drool collects on our faces

it knows only enough to tell a small story

within the larger one