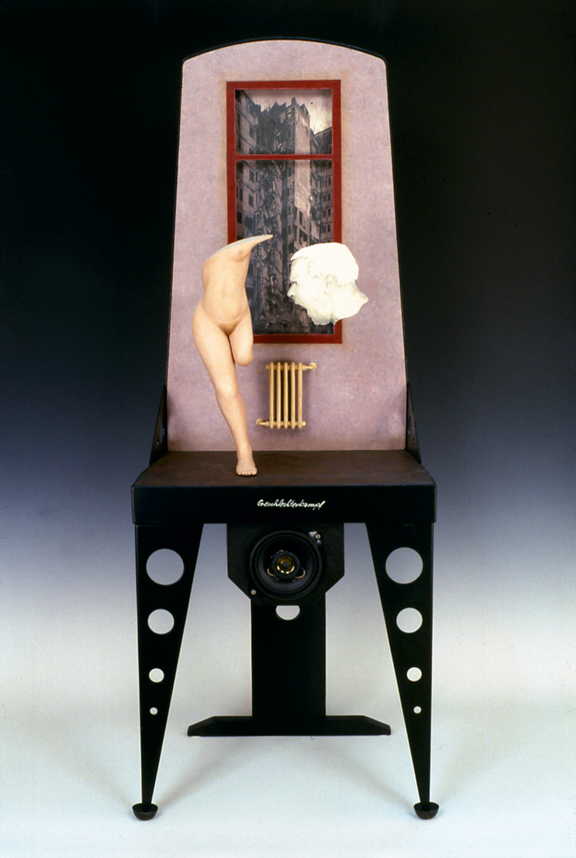 Battle of the Sexes

A young science. Above all caused by the horrendous repercussions of World War I. Under investigation are the interrelations between national interests, State practice, societal, domestic, economical, psychological and technical conditions that add up to war. We depict this via a primal conflict, the battle of the sexes.

Eva doubles over laughing and Adam threatens her with a banana

he says if you don’t stop laughing

he will bonk her on the pear with his banana

this was the first marital spat between those joined by God

berries straight from the bush into the mouth right

where they sat looking into the heavens

contentedly at peace and bicker-weary

Adam passes Eva a handful of applesauce the day after

he made this just for her he says

and she rubs the applesauce all over her body

and she senses the first wandering song coming on

while she sings, Adam strolls his way around on her body