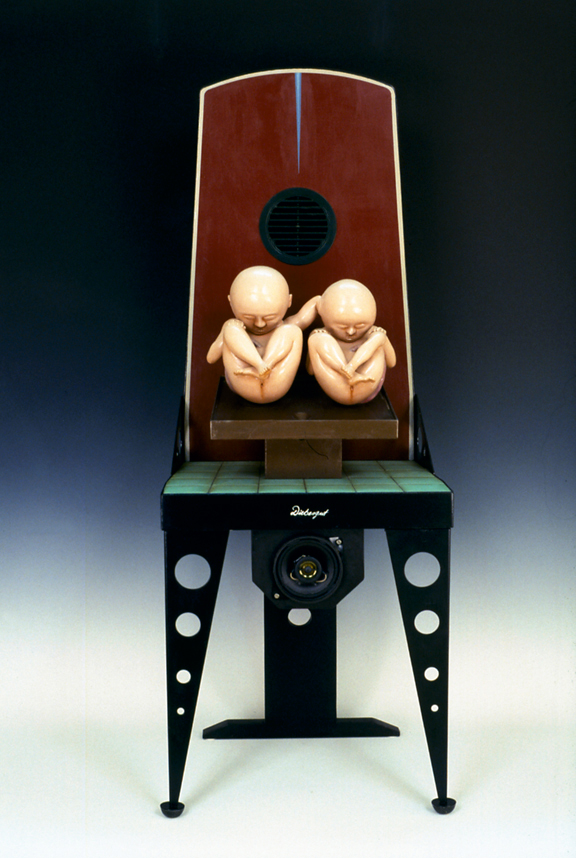 Everyone of us has experience with this science. Most of us indeed as soon as first light meets our eyes. Later when we are struck by some ailment. And rarely, such as in the case portrayed by our image, a fetus deprives its twin of lifeforce by unseen channels. Here it is possible today to remove these growths from the supposedly stronger being via special means so that later no other of the same guild must remove painful remains of the weaker in the body of the former: the fetus papyrus.

With great respect we admire the achievements of doctors.

Can you feel me I’m awfully close to you

you are a little less to me though

as yet you are distinctly in my way

I am however a little more in yours

Circulation in search of…

together we sit in the corridor of life

Just as well that she not guess how without her knowledge

some un-heretofore believed thing can ever so icily occur

can it be that you’re growing a teensy bit

…in search of a private body temperature

one fortune beneath two beating hearts

that what counts is being stronger

…a body temperature feverishly searching for its equal

this we left not together

outside in our mother’s body of thought

only the beauteous can be heard

nothing of the songs for dead children

…in search of the embryonic acoustical imprinting

mother to be hears the beat of celestial music

and we two are still angels on the way

my Self has dreamed of its first scream

In this ahead of you

and a little more blood in its circulation

Self has stolen you in warmblood

Hopefully it makes a clean getaway