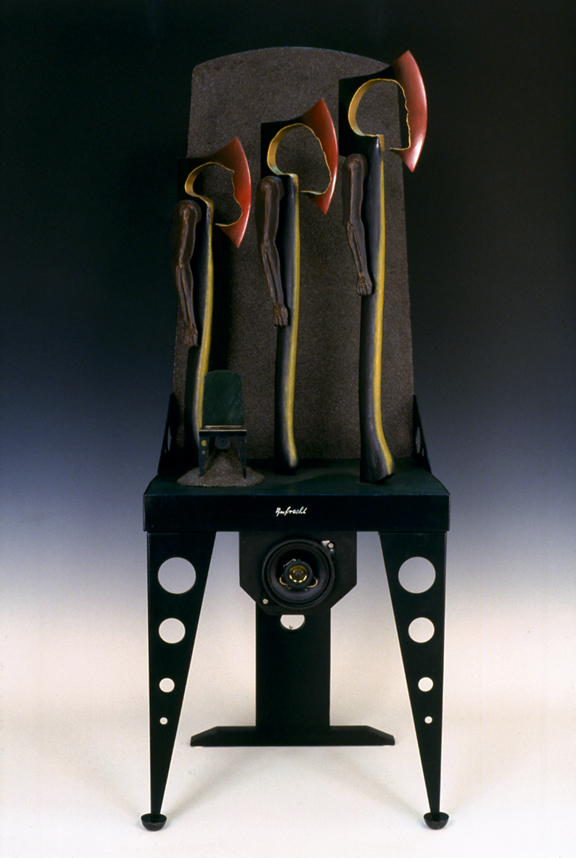 The cradle of civilization, as we know, lies in Africa.

None of them could find his way past the bottleneck of evolution. And then Homo sapiens. As Homo erectus and Homo neanderthalensis before him, he left Africa but only he spread out over every continent. And amazingly enough, all peoples who found a new home outside Africa are said to have descended from a single individual female.

For these revelations, we bow before the achievements of the anthropologists.

six of one and

an erect gait at last his own corridor

to further rooms contained in whatever a skullspace can hold

The human stood up and walked

armed with nothing but his brain

he fought his way through and set off

The human brain has in the meantime

taken on an amazing shape

has mutated to superweapon,

its favored prey being

(as is only natural for humans)